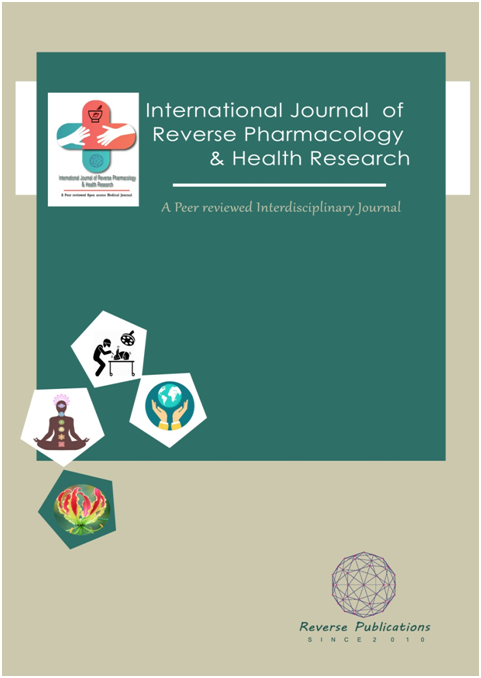 IJRPHR is an open access, peer-review journal, devoted to nurture the traditional medicines through reverse pharmacology concepts and implementing it to health care system through health research methods.

The journal provides an interdisciplinary platform for linking traditional knowledge/reverse pharmacology & health research methods with the latest advancements in science.

Preference will be given for contributions that from the scope of this journal and Indian traditional medicine research outcomes etc in the form of original articles, Reviews, case reports & series, systematic and meta analysis etc.

International Journal of Reverse Pharmacology and Health Research (IJRPHR) will give best paper award in every issue.

Siddha system is a traditional system of medicine in southern part of the India.It was founded by great eighteen saints called siddhars.Cervical spondylosis is a common spinal problem seen now a days. Though degeneration of cervical vertebrae is most commonly seen in elderly peoples but its prevalence is increasing in early and middle age peoples also. In the present case  study, a diagnosed  case of  cervical spondylosis has  been included  and chukku karpam ,a siddha drug is taken for biochemical analysis for future study in cervical spondylosis